The Tridosha theory is one of the most discussed yet very vaguely understood concepts in Ayurveda. It forms the basis of Ayurvedic physiology, pathology and pharmacology. But the lack of definite interpretations and fruitful discussions leave many questions unanswered, prompting the scientists to question even the credibility and scientific basis of Ayurveda. Ayurveda has undergone many changes over the years, not in its fundamental principles but the way it is interpreted and practiced. But there is one thing that remains the same even after generations – the insatiable human curiosity to question everything until the truth is transparent. Let’s try to unleash one of the most enigmatic theories of all times, the Tridosha Siddhanta.

“If you cannot explain it simply, you do not understand it well enough”

The origin and evolution of Tridosha Siddhanta

The Tridoshas or Vata, Pitta and Kapha are mostly explained as bio-energies which cannot be seen with the naked eye, yet experienced at various levels. As per Ayurvedic principles, a perfect harmony between the Tridoshas in the body contributes to health and any imbalance causes disease. But these descriptions are so vague that it leaves many basic unexplained questions as to what it really is. To get into a deeper level of analysis, it is imperative that we start afresh beginning with the origin and evolution of the theory itself. Vedas are considered as the ultimate source of knowledge and the most ancient literature scripts available now. The earliest relatable reference of Tridoshas is available in Atharva veda where the derangement of three physiological factors are claimed to be responsible for the manifestation of diseases. Those factors are described as shushka, siktha and sanchari which are translated to dry, wet and permeating respectively. So, there is every reason to think that the ancient Ayurveda Acharyas took these three as the main properties of what is considered as the basis of life, which later termed as Vata, Pitta and Kapha respectively.

The ancient sages were the spectators of every natural phenomenon and this observation led to the interpretation that the living beings need gaseous air, liquid water and solid food for sustenance. These are the three forms of matter without which life is non-existent. They are interdependent too as in, air is required for the formation of water and water is needed for the formation of food & digestion. So the ultimate basis of life should also be existing in these three states of matter in all living beings. The seers also observed the significance of sun, moon and air in the existence of the Universe and that there is influence of Agni, Jala (water) and Vayu respectively in these three, based on their prime qualities.

To understand Tridosha siddhanta precisely, an extensive and accurate knowledge of Panchamahabhutas is imperative. The first evidence of molecular theory is seen in the Vedas as they describe the smallest divisible part of matter by the term mahabhuta. According to Panchamahabhuta siddhanta, every substance in the Universe is made up of Panchamahabhutas or five elements namely Prithvi (earth), Ap/Jala (water), Tejas (fire), Vayu (air) and Akasha (ether). Any living or non-living thing in this Universe holds all these five elements in them with the predominance of one or more elements. For example, the food we eat contains all the Panchamahabhutas in it, irrespective of what cuisine it is. Likewise water does not contain only Jala Mahabhuta, but also has Prithvi (as it has some mass on its own), Tejas (seen as the sparkling of water), Vayu (as it has the ability to free flow) and Akasha (as it holds some space) mahabhutas in it. The existence of life is also no different. When the Panchamahabhutas in the physical body merges or connects with the Atma (soul), a living being is able to live its life. The Tridosha Siddhanta is essentially a modification of the above mentioned Panchamahabhuta siddhanta. The sages who envisioned the limited intelligence of future mankind must have simplified it into three doshas- Vata, Pitta and Kapha, taking three primary qualities into consideration. Each of these three doshas are nothing but the different combinations of Panchamahabhutas: Vata is a combination of Vayu and Akasha mahabhutas. Taking the human body as an example will make it effortless to understand the concept crystal clear. In the human body, air needs space to move and this space is provided by the Akasha mahabhuta. Both Vayu and Akasha Mahabhutas are synchronised to facilitate the proper functions of Vata in the body. Each cell in the body can be considered as space (Akasha) through which the free flow of air (Vayu) becomes possible. Thus, all the external and internal movements in the body are governed by the independent entity, Vata.

Ruksha (dryness), Laghu (lightness), Sheeta (coldness), Khara (roughness), Sukshma (minuteness) and Chala (movement)  are the qualities of Vata. All these qualities are contributed by both Vayu and Akasha mahabhutas. Sneha (oily/unctuous), Theekshna (piercing), Ushna (hotness), Laghu (lightness), Visram (foul smell), Saram (movement) and Dravam (liquid nature) are the qualities of Pitta dosha. In all these qualities, the influence of both Agni and Jala mahabhutas are very evident. Kapha dosha is a combination of Jala (water) and Prithvi (earth) mahabhutas. Kapha represents the quality of coldness through the combination of these two mahabhutas. In the human body, everything that holds together or that imparts strength is referred to as the proper functioning of Kapha dosha. Just like how water and mud/clay when combined helps in cementing two structures together, the same way the combination of Jala and Prithvi mahabhutas helps in providing structure and stability to the organs of the human body. An imbalance in any of the two components will in turn affect this structural integrity of the body.

For example, if the water component is more than the earth, then it results in reduced strength and laxity of organs. Same way, if the earth component is more than water, it could lead to obstruction, leading to various diseases. Thus, a perfect balance of both Jala and Prithvi mahabhutas help in rendering the proper functions of Kapha dosha in the body.

Snigdha (unctuous), Sheeta (coldness), Guru (heaviness), Manda (viscous), Shlakshna (smooth), Mrithsna (slimy) and Sthira (stability) are the qualities of Kapha dosha. Needless to say, these qualities have the influence of both Jala and Prithvi mahabhutas.

A close observation to the qualities of each dosha shows a very interesting point. Many qualities are repeated in more than one dosha. For example, Sheeta (coldness) is seen as a quality of both Vata and Kapha doshas. How can that be justified when they are made of different mahabhutas? Here, the quality of coldness attributed to Vata and Kapha are slightly different. The coldness of Vata dosha is of dry nature (Ruksha) whereas the coldness of Kapha dosha is directly opposite, unctuous nature (Snigdha). Therefore, a specific quality of one dosha is always expressed in relation to the remaining qualities of the same dosha.

Relation between Tridoshas and Prakruthi

Prakruthi is the innate nature or constitution of an individual which are expressed in terms of Vata, Pitta and Kapha. This can be considered as the peculiar combination of doshas acquired by a person at the time of conception itself, which cannot be changed in his lifetime. Factors like the quality of the parents’ sperm and ovum, season, mother’s diet, dosha predominance of each parent and the geographical location etc. determine how Vata, Pitta and Kapha are going to express themselves in a human body for a lifetime. Generally, a person is said to be a combination of two prakritis instead of one. Thus, it is to be understood that although Vata, Pitta and Kapha are present in every individual, a person’s prakruthi is determined by the dominant doshas that signifies the physical and mental characteristics. Therefore the prakruthi of a person may be expressed as a combination of Vata-Kapha, Pitta-kapha, Vata-pitta etc. depending on the dominant nature of the doshas in his body.

There is nothing in this Universe that cannot be explained by Tridosha Siddhanta. The 24 hour cycle, the seasonal changes, the different tastes we experience, the way we think and behave, everything is governed by Tridoshas. Tridosha siddhanta is an all inclusive functional definition of the Universe. Ayurveda, the holistic science is fundamentally based on this principle. No other medical system implements it practically and effectively like Ayurveda does and that is exactly the beauty and greatness of this ancient medical wisdom.

It is always easy to refute something saying you do not believe in it. But truths are always ridiculed and violently opposed before being accepted with evidence.

As Galileo Galilei once said,

“All truths are easy to understand once they are discovered; the point is to discover them.” 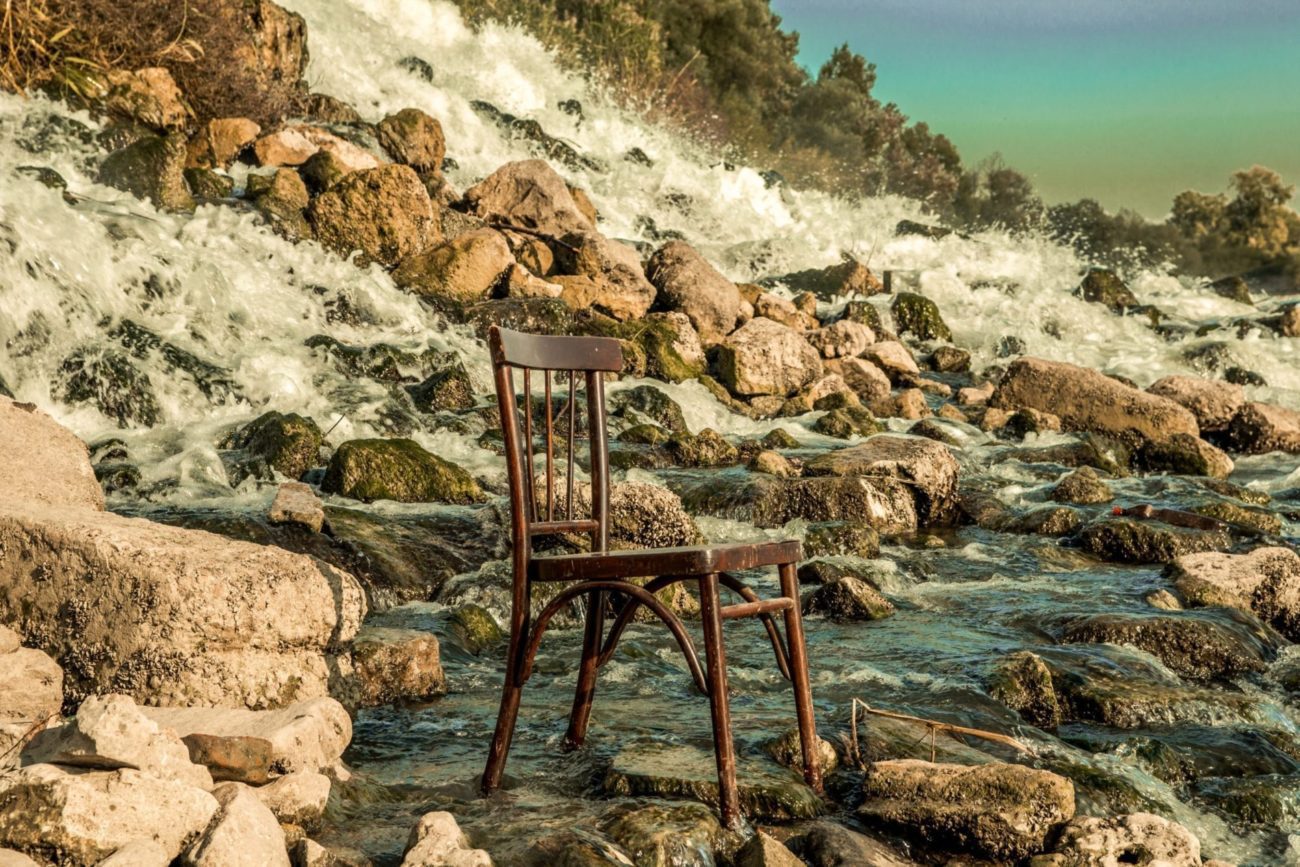 THE CONCEPT OF PRANA IN YOGA